What is continuous improvement and why is it so important?

When we first introduced the concept of continuous improvement to our team, there was a buzz of fantastic ideas.  Most of them were fairly big improvements, such as rearranging the layout of the factory to eliminate waste.  After a massive team effort, the factory looked transformed.

But after the big 3S sort out, we were keen to start tackling our processes.  Funnily though, these were initially the hardest improvements to hi-light.  We took the jobs we do for granted and never questioned the methods. 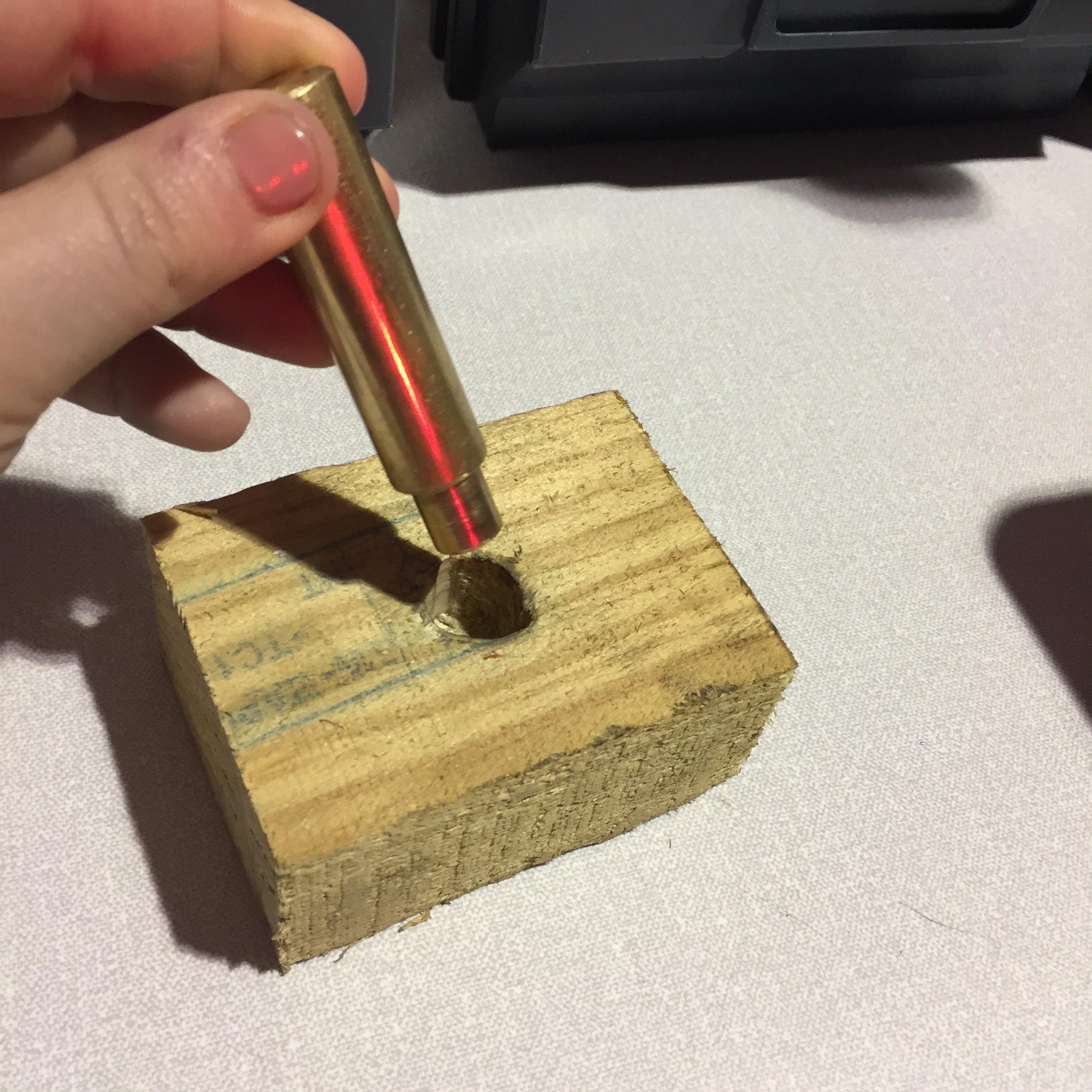 One member of staff then told us that they had something that bugged them, but it seemed such a small thing, they hadn’t mentioned it.  A round hand tool used during filter assembly always rolled away, so was never in the same place to pick it back up each time.  A piece of wood with a hole drilled in the top fixed this issue instantly!

This was our light bulb moment when we realised that not every improvement we make needs to involve transforming the whole factory!  Small improvements are just as important as the big.  Just two seconds waste saved per filter adds up to 26 minutes a day after assembling 800!

Now that everyone was clued up on how to recognise waste and to fix what bugs us, we decided to apply this to our tap assembly, which is one of our biggest assembly jobs.  We have been assembling taps for a year and a half and average 45 per day.

We hi-lighted so much waste!  Here is an example of a few of them… 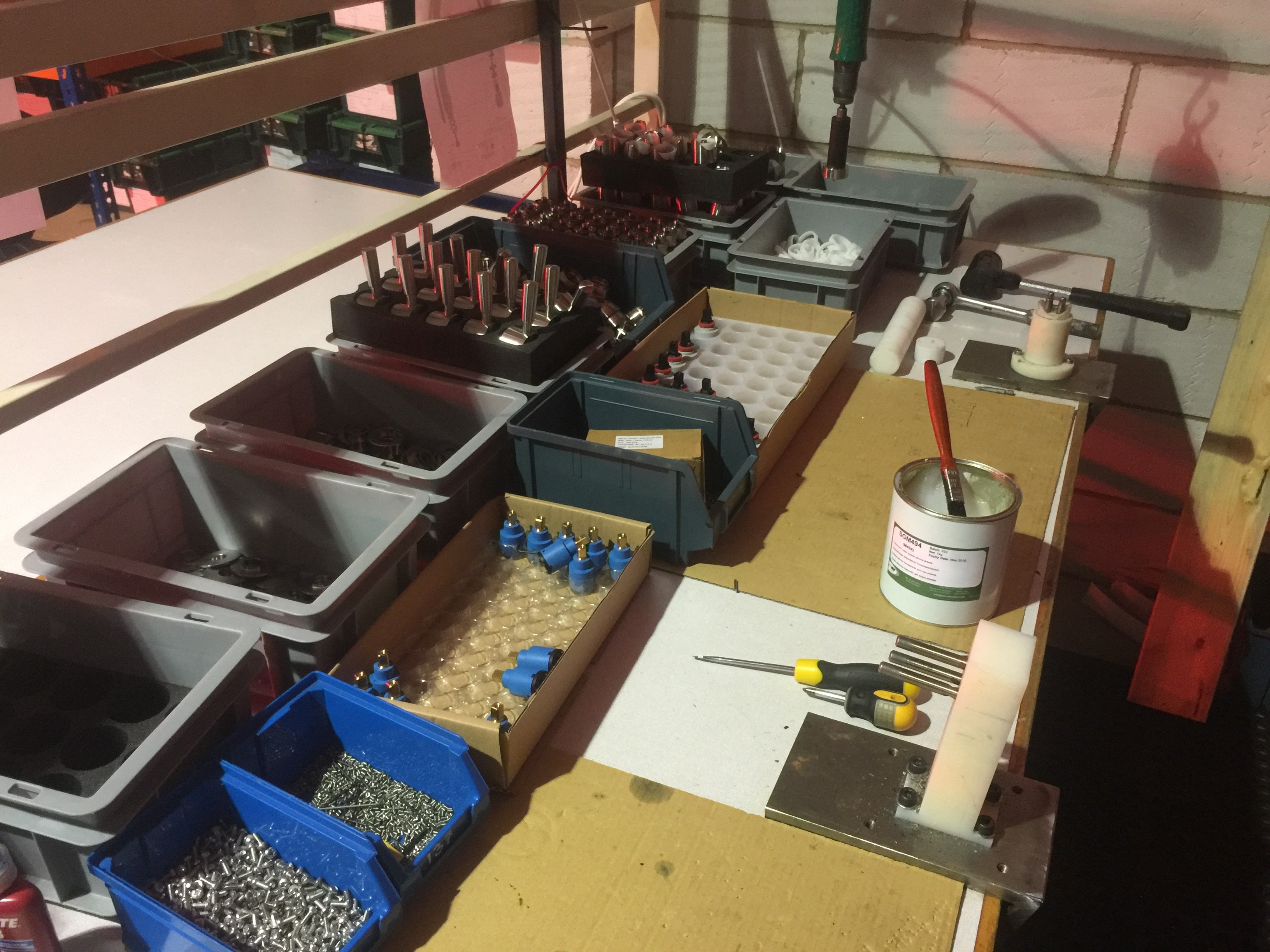 There are lot of parts to assemble and they take up a lot of room on the workbench.  We’d constantly be reaching for parts that were at the back and it was difficult to refill stock. 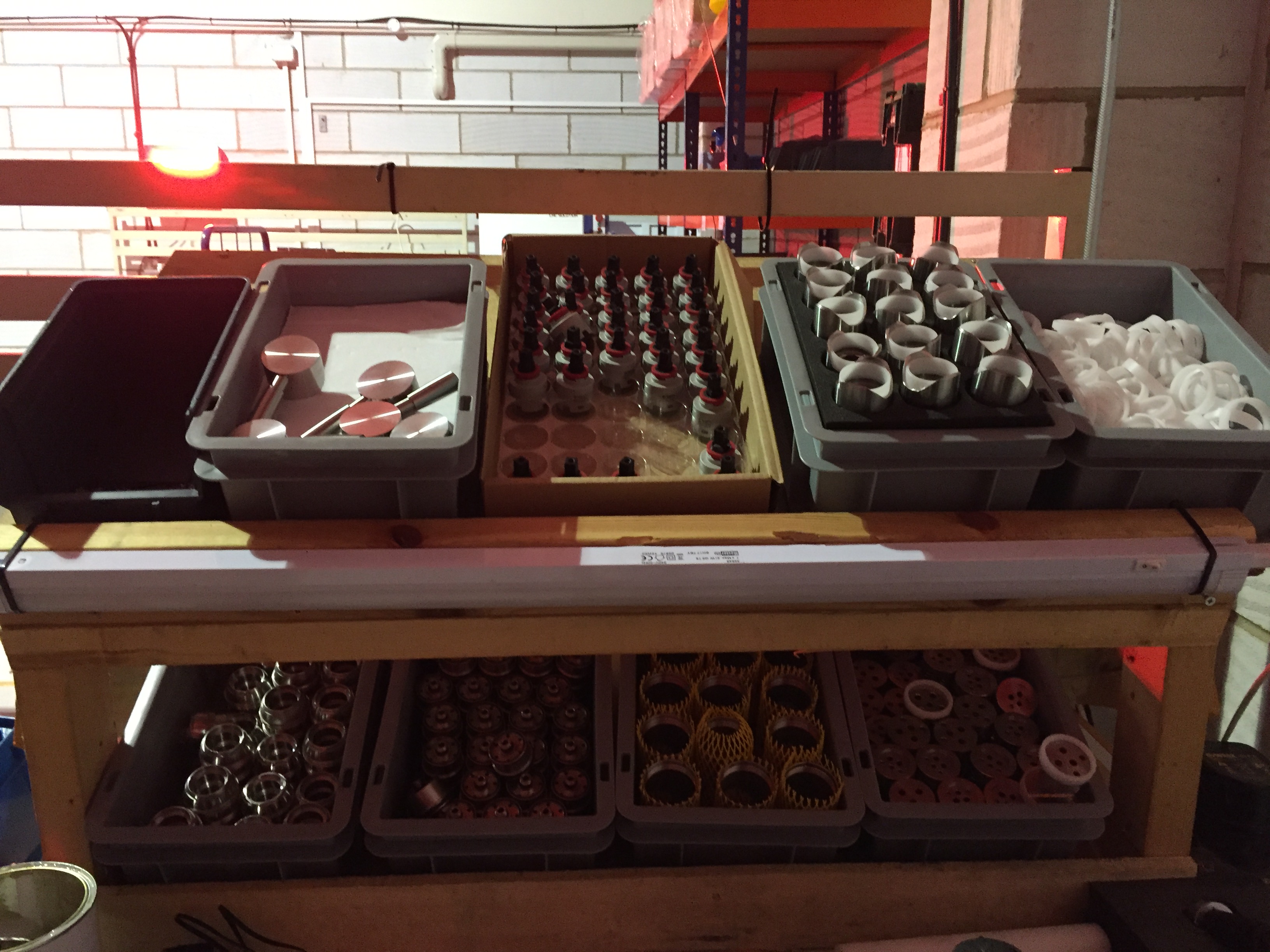 Well, not anymore after Rob put together a shelving unit made out of an unused crate!  Everything is now within easy reach and is much more manageable. 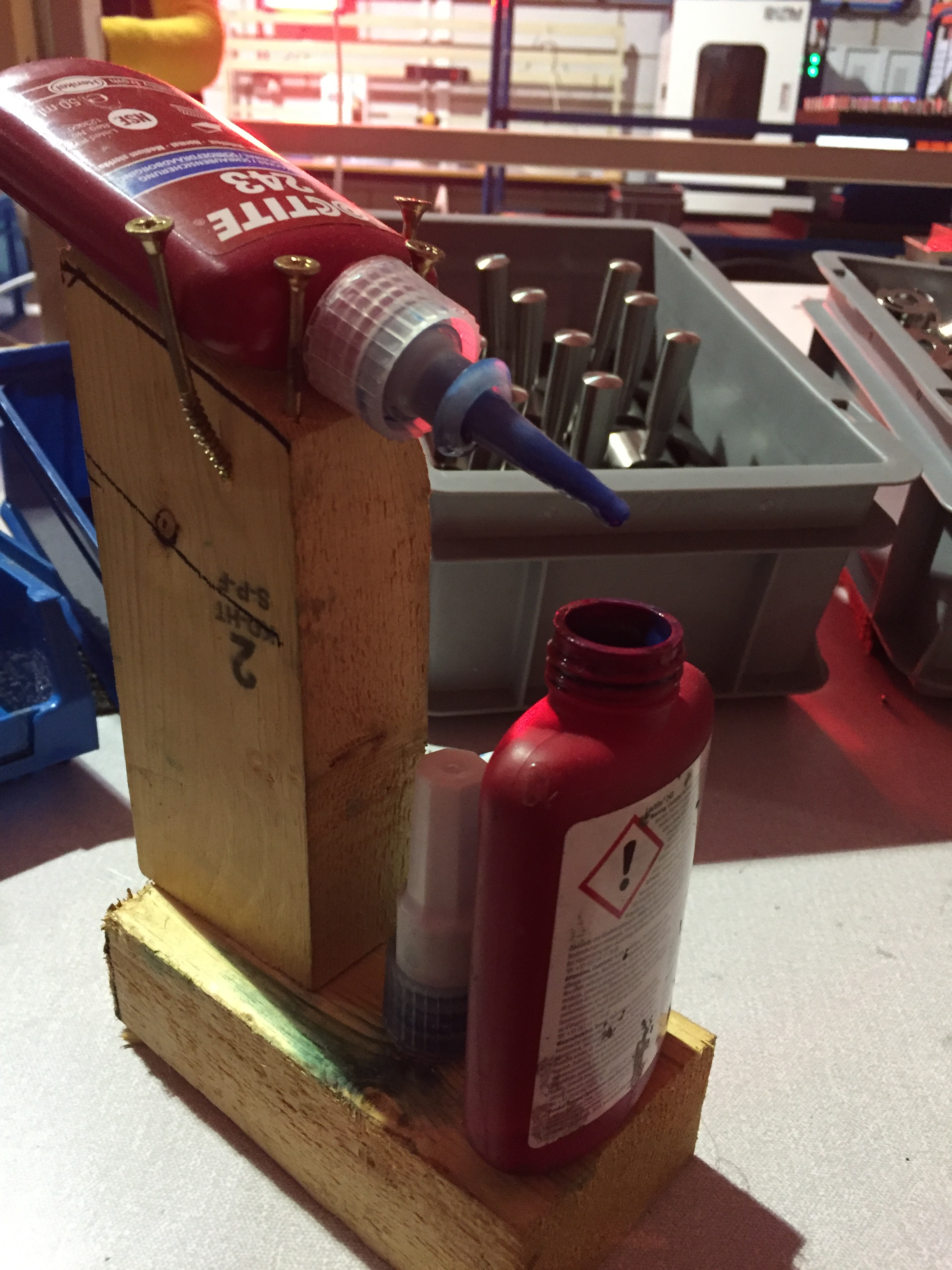 We were fed up of picking up the glue for fiddly screws.  We’d get sticky, knock the bottle over- it was time consuming.  That unused crate came in handy again for our glue station!  Now we can quickly swipe our screw through the continuous drip and we simply swap the bottles over when the bottom one is full! Easy! 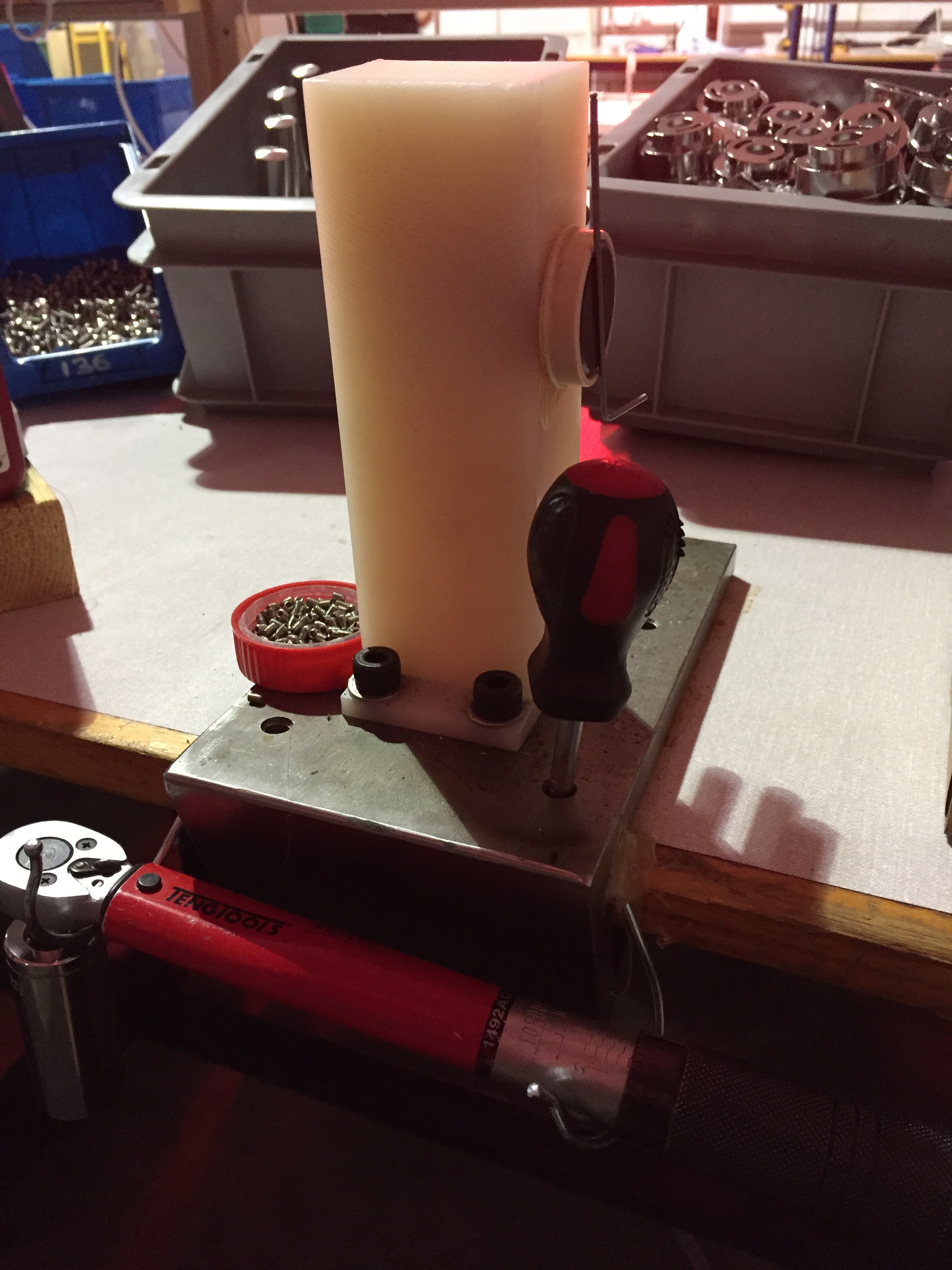 Instead of keep searching and reaching for tools on the bench, we have created a set place for them all.  Tiny grub screws are in a pot affixed to the jig, along with the alan key used to do them up, kept in place with a magnet.  Our screwdriver has it’s own hole and we made a holder for the torque wrench out of two coat hangers!

We found making the boxes for our taps a chore as we’d continually have to walk over to where they were stored.  As a result, boxes were tending to be assembled in advance, which were getting in the way.  By clearing the bench in front of the packing station, we can now pull through unmade boxes to quickly assembly as each tap comes off the test rig, as part of our one piece flow (more coming on this soon)!

And none of these improvements cost us a penny!

On our first day with all the improvements we made 80 taps!  We couldn’t quite get our head around how we’d been able to do so many more whilst still working at our normal pace!  It was like some sort of time slip!  We double counted but we had indeed almost doubled our output overnight purely by eliminating all the waste we could find.

So we’ve learned that just because something’s working, or you’ve already taken the time to make a change, you can’t then just rest on your laurels.  There’s always a way to improve further on what you’re currently doing.  Continuous Improvement is an on going process where you never accept that something is as good as it can be.  We’ve actually rearranged our shelving another two times since our initial 3s sort out!  And we won’t stop here.  The key ingredient of a Lean factory is creating a culture which embraces change and where all staff are involved 100%.