Process Improvements in the Machine Shop

With all the Lean improvements to the factory we’ve been making so far, it has left us in a great position to start having a look at our every day jobs and processes.  We can make improvements by recognising and then eliminating any waste within every job we do.  Process improvements can allow us to

What are some of the Process Improvements we’ve made at Stokes & Rowe?

We are making process improvements every day.  Here are a few examples of some we have made in the machine shop this past week:- 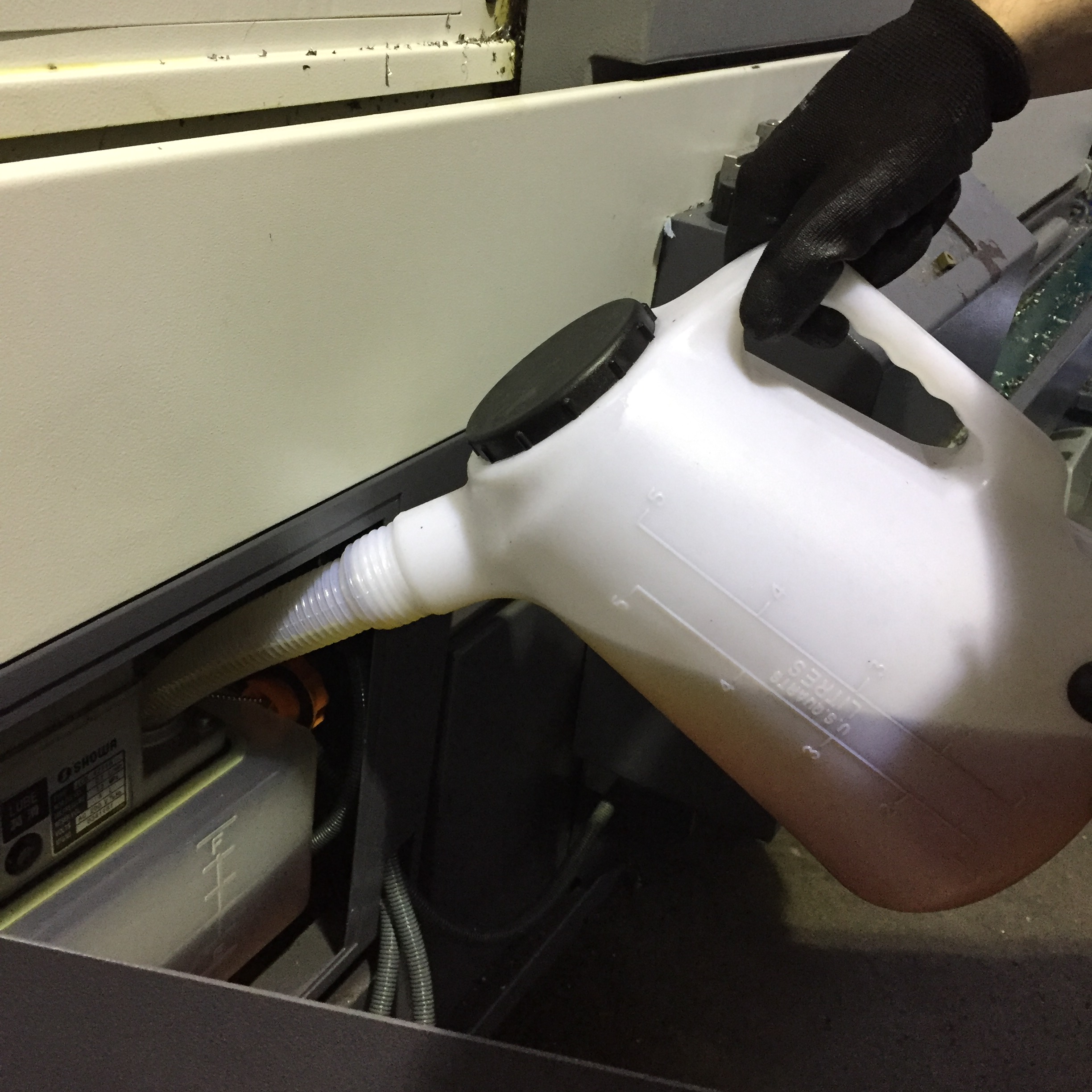 We used to have all our oils and lubricants stored in one central area.  We would decant it from a big tub into an oil can to transport to each machine.  There wasn’t enough clearance at the machine for the oil can, so we used a funnel in order to fill the tank.  This was a two person job, one holding the funnel, the other pouring.  It was clear that what should be a simple process had a lot of waste.  To improve this, we’ve abolished the oil store and now have a supply of oil next to each machine.  This instantly eliminates transport waste.  Each oil bottle also has it’s own oil can with flexible nozzle, so no more struggling with funnels and it’s a lot less messy!

We also found that undoing the tool holders on the machine turrets was a time consuming job.  This was previously done by hand with an alan key requiring a good deal of physical exertion.  This process took approximately one minute per tool holder.  A mere investment of £40 on an air impact driver means that we can now remove all four bolts in eight seconds, with a lot less effort!  The saving of 52 seconds across 16 tool holders on a turret equates to a saving of approximately 14 minutes.  Using this same method to install the new tool holders for the next job gives us the same saving.  Over the two machines we are trialing this on, this adds up to a whole day per month in time saved.

We look forward to updating you soon with some more of the process improvements we have been making and will be sharing some videos of what we’ve been doing in the assembly department.

And please get in touch with any improvements that you have made, we’d love to hear them!